Founded in 681, Bulgaria is Europe’s oldest country and is a place which is rich in history, beauty and culture. It is a member of the European Union, NATO and WTO and has a very strategic geographic location. Its position on the European continent allows investors to reach the entire market of the European Union and the markets of Central and Eastern Europe, which represent a total population of about 853 million. It is also one of the most rapidly changing European Countries. Foreign investment in Bulgaria has never been so dynamic and so massive.

During recent years, a significant number of international companies have opened offices in Bulgaria, just to name a few: Hewlett Packard, IBM, Sony, KPMG, Procter & Gamble, PWC, Coca-Cola and Nestle. As a result of a liberal financial policy and continuous economic growth, Bulgaria has become very attractive to foreign investments. In addition, local companies are also increasing their share of business in Bulgaria and abroad.

Bulgaria has the most favourable tax regime in Europe. The corporate income tax rate is 10% which is the lowest in the EU and personal income tax is 10%, flat rate.

Bulgaria and its capital Sofia offer a cosmopolitan quality of life that is regarded as among the highest in Europe whilst the cost of living is one of the lowest.

Also, not only does Bulgaria have a well-educated highly skilled and multilingual workforce with approximately 62% of the population being of working age, they also have one of the most competitive costs of labour in Central and Eastern Europe.

Bulgaria is located in Southeast Europe, in the northeast part of the Balkan Peninsula. It is a European, Balkan, Black Sea and Danube country. This geographic location places it on the crossroads between Europe, Asia and Africa. The country is situated on the west coast of the Black Sea, with Romania to the north, Greece and Turkey to the south, and Serbia and Macedonia to the west.

The land area of Bulgaria is 110,994 square kilometres (42,855 sq. mi) but despite its small size Bulgaria has a great variety of topographical features. It has one of Europe’s most diverse landscapes, from the vast lowlands of the Danubian Plains in the north, to the elevated plains and highlands in the south, and the beaches with miles of aquatic splendour on the Black Sea coast.

Bulgaria is a year-round destination, enjoying four distinct seasons: a blooming spring, a typically Mediterranean summer, a long and pleasant autumn and a mild winter with lots of opportunity for skiing. Although Bulgaria lies in the furthest southeast corner of Europe the climate is never extreme in summer. There are more than 1,700 hours of sunshine, rainfall is low and the beaches are clean with ten EU blue flags. The Black Sea resorts have some of the largest beaches in Europe and offer sunbathing from May until October, while in winter heavy falls of snow are virtually guaranteed in the mountain ski resorts, which are amongst the best and most popular in Europe.

Bulgaria is one of the few exotic nations of Europe due to the fact that it boasts a spectacular combination of long sandy beaches, vibrant modern cities, enchanting monasteries and snow covered slopes. The coastline is 378 km long, with 209 beaches that have a total area of 16 square kilometers. Many are wide, while others are small and nested in picturesque marine bays. Its dense forests are rife with rare animal species and with more than 30% of the country consisting of mountains or highlands and winters which are full of deep natural snow, Bulgaria is a wonderland for winter vacations and ski holidays.

Bulgaria is also renowned for its mineral springs and healing properties of its lake muds. It is home to the largest mud-curing centre on the Balkan Peninsula and has become one of the most popular spa destinations in the world. Tourism in Bulgaria is a significant contributor to the country's economy. In 2015 Bulgaria was visited by approximately 10 million tourists, with tourists from four countries – Greece, Romania, Turkey and Russia, accounting for nearly 50% of all visitors. The sector contributed to 15% of GDP and supported 150,000 workplaces in 2014.

Billed as the oldest country in Europe, Bulgaria is a living time machine, littered with countless reminders of its rich history. Although the country is relatively small it boasts of 40,000 historical sites and monuments scattered all over, seven of which are in the official lists of UNESCO World Cultural Heritage Sites, 36 cultural reserves, 160 monasteries, and 330 museums and galleries that offer visitors a glimpse of the rich cultural history of Bulgaria.

In addition to the monuments and landmarks, the country also hosts to a number of archaeological sites where prehistoric cultures of Bulgaria were uncovered. Bulgaria comes third in the list of countries with most valuable archaeological sites discovered on their territories, preceded only by Greece and Italy. Most cities and towns in the country feature historical relics from the Bulgarian Revival period.

The economy of Bulgaria functions on the principles of the free market, having a large private sector and a smaller public one. Bulgaria is an industrialised upper-middle-income country according to the World Bank. It has experienced rapid economic growth in recent years. Since 2001, Bulgaria has managed to attract considerable amounts of Foreign Direct Investment (FDI). During the Financial crisis of 2007–2010, Bulgaria marked a decline in its economy of 5.5% in 2009, but quickly restored positive growth levels to 0.2% in 2010, in contrast to other Balkan countries. 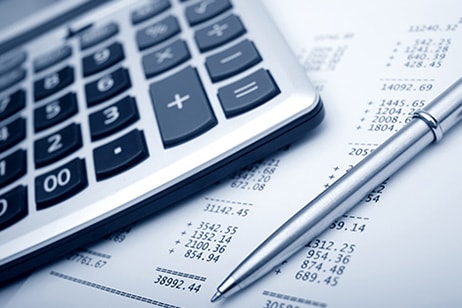 The currency of the country is the lev (plural leva), pegged to the euro at a rate of 1.95583 leva for 1 euro. The lev is the strongest and most stable currency in Eastern Europe. The strongest sectors are energy, mining, metallurgy, machine building, agriculture and tourism. Primary industrial exports are clothing, iron and steel, machinery and refined fuels. Bulgaria’s economy accelerated in 2015, recording a 3.0% expansion which exceeded the 1.6 % growth recorded in 2014. The International Monetary Fund (IMF) has forecasted that Bulgaria’s GDP is set to grow 3% in 2016 and 2.8% in 2017.

Advantages of Investing in Bulgaria

Bulgaria has one of the lowest budget deficits in the European Union and had a budget deficit equivalent to 2.9% of the projected Gross Domestic Product (GDP) in 2015

It is also the only country in Europe to have their credit rating upgraded by Moody’s in 2010 following the global financial crisis, highlighting Bulgaria as being a more secure destination for investors.

Bulgaria is an internationally competitive environment for foreign investors having the most favourable tax regime in Europe. Corporate income tax is 10% which is the lowest in European Union. Personal income tax is also the lowest in EU, with a flat tax at 10%, and industries in high-unemployment areas are granted a 0% tax rate. Bulgaria is one of only three countries in the EU that has not changed its tax rates as a result of the financial crisis.

The Bulgarian property market is very attractive at the moment. This applies to residential, and production premises, office spaces and commercial and administrative buildings.

Bulgaria is one of the most favourable locations for investors in terms of doing business, due to the following:

Bulgaria boasts a traditionally strong education system, which has resulted in highly skilled and multilingual workforce, as well as university educated specialists in engineering, medicine, economics & the sciences.

Bulgarian students are worldly renowned for the high quality of their IT knowledge and in the Computing World are ranked at No.2, being second after USA.

Although Bulgaria’s workforce is highly skilled it has the lowest labour cost in the EU. According to a recent Eurostat survey, an hour of labour costs companies a total of €3.70, less than a sixth of the EU average.

Bulgaria acts as an excellent gateway to the European Market, which has 27 member states and an approximate population of 500 million. Bulgaria is uniquely situated to become an international financial hub as there are no transaction taxes. Its strategic location in the Balkans is on the cross road link between Europe, the Middle East, Asia and Africa, providing direct access to the fast growing markets of these regions.

Bulgaria has received over EUR 12 bn in EU funding for the period 2007-2013 for infrastructure development, agriculture, manufacturing, environment, transport, ICT, renewable energies, training & development, water and waste management and many other infrastructure projects.

The European Commission has adopted the 2014-2020 Operational Programme for “Innovation and Competitiveness” in Bulgaria, worth around €1.39 billion of investments to further develop the Bulgarian economy, of which €1.18 billion coming from the European Regional Development Fund (ERDF). The programme aims to boost economic growth and increase productivity, mainly for small and medium-sized enterprises (SMEs) with special focus being given to connecting business with research networks and enhancing entrepreneurial activity in Bulgaria.

Bulgaria is an attractive destination for foreign investment due to its low taxes, minimal exchange rate risk due to the currency board, well educated workforce with good language and mathematical skills, low cost of labour and low cost of doing business in general, and a huge number of international companies have now invested in Bulgaria because of these reasons.

Bulgaria offers a very stable fiscal and political environment for investors. The amount of Foreign Direct Investment has been rising steadily in recent years and stood at EUR 1.6 Billion in 2015, which represents a 22.5% increase compared with 2014 and the highest FDI figure in the last six years. With a positive growth trend, an investor friendly government and friendly investment policies, Bulgaria is now one of the best places to invest in Europe.